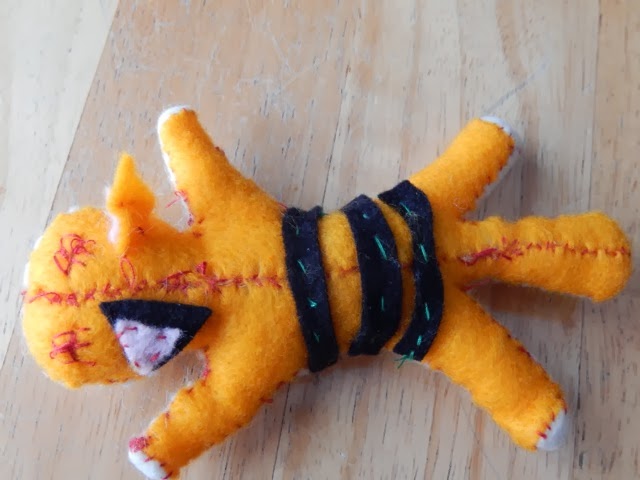 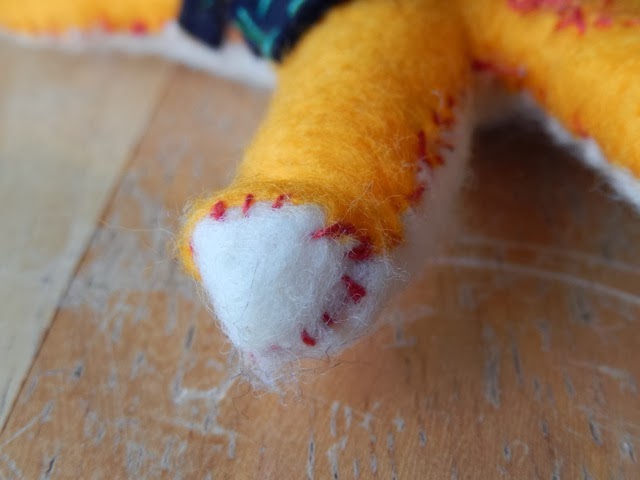 Rough & tumble (he is an alley cat after all). 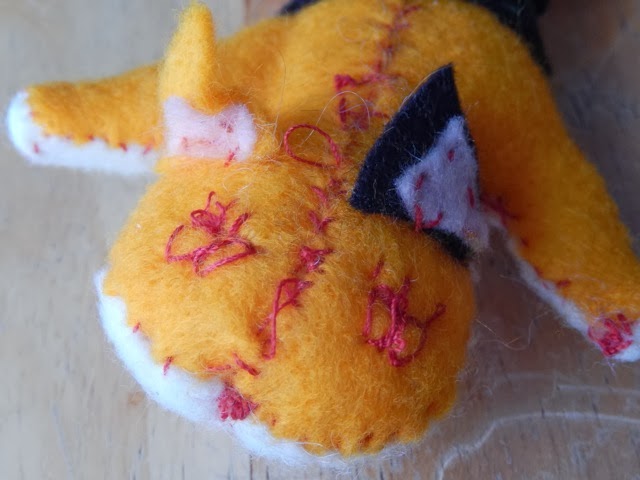 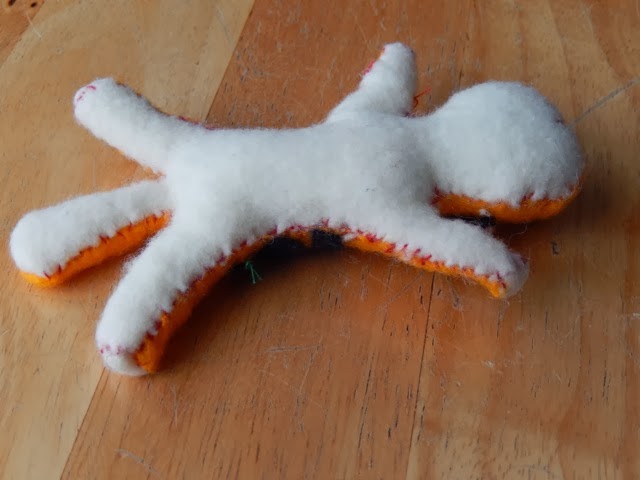 Gets along well with other animals. 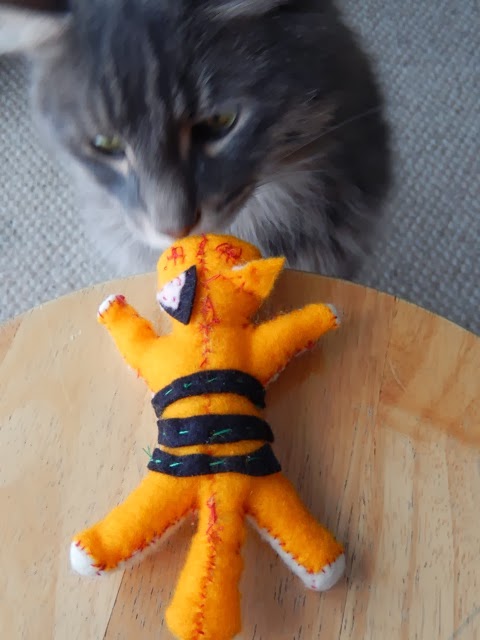 If you know of someone who has space in their heart and home for this fellow let me know. All he needs is a little love!

Darling 10 y/o Daughter (creative genius that she is) decided to create an alley cat. Her normal style is cute, neat, and fancy. I'm not sure what inspired this little fella but she put a lot of time and detail into his existence. He was just getting his stripes when…
swoosh!

Her brother found him in the trash.

Brother - "I found this in the trash! What was it doing there?"
Sister - "I didn't want him. He freaked me out!"

She said his red stitched spine was the freakiest of all. Whatever possessed her (literally?) to create him must have known what it was doing as the energy it put off creeped her out! Now THAT is some powerful creativity! 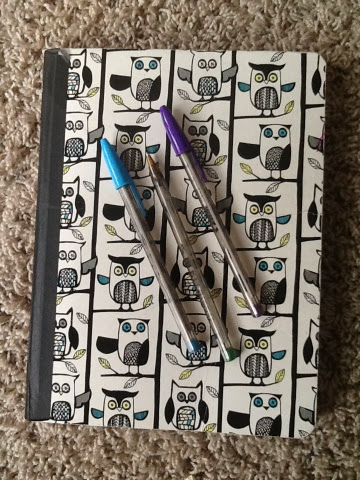 My mind is the vessel. My thoughts the marinade. Words forming, absorbing, turned and tenderized. Yesterday, a batch was ready. I poured them onto the page. Now I seek time to prepare and present them for consumption.
4 comments: 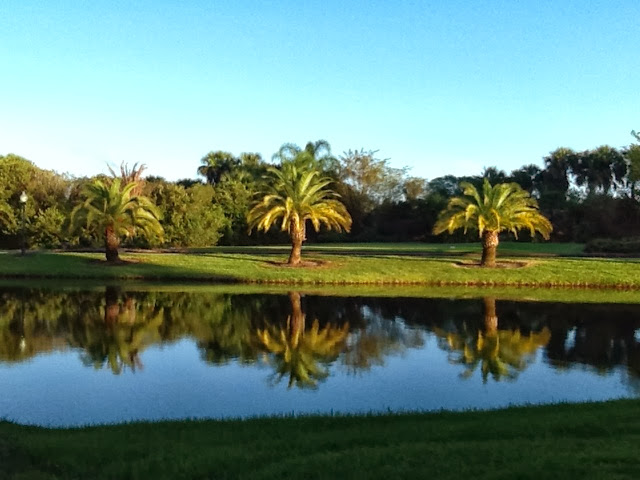 Self-reflection:
I'm in Florida. It was a planned trip that almost didn't happen (for me). Husband was called down on business. I was to tag along as spouses were invited to attend. Circumstances made it nearly impossible for me to go. Said circumstances took a turn for the better. My head took a little longer to catch up and feel safe about leaving. My heart longer yet as there is still a piece, a very large piece of my heart resting safely at home caring for the kids (along with their caregiver). Aside from leaving a part of my heart at home, this morning I feel amazingly content. Contentment is not a feeling I am accustomed to. It's not necessarily that I don't allow myself the luxury of contentment...
...interesting.
"The luxury of contentment."
As soon as those words fell to the page, the flow of words stopped cold. An epiphany followed. A treasure has been unearthed. Contentment should not be considered a luxury. It should be a normal part of life. Not that life would ever be one contented path free of obstacles and issues, but surely times of contentment should be a part of everyones life.
This foreign feeling is toying with me as my mind fights like a mini ninja to keep it from settling in too deep. 'I'm in my pajamas on the patio. Is that acceptable at a resort full of people?
Thought process: No one is around. It's what I want to do at this moment. It's what I am accustomed to in my midwestern existence. It is what feels right for me. I will continue to sit here in my pajamas. ' I choose "yes". It is perfectly acceptable. I will continue to contemplate contentment and allow the water in front of me to be a metaphor for this moment.
Calm, content reflection. So that's what it feels like. Mmmm...
11 comments:

Mine! Mine! All mine! No stealing. It's not nice (and you'll be in deep doo doo). All words & photographs protected via © Lynn Retzlaff unless otherwise stated.

nacherluver
Why is it that "tell me about yourself" is such a hard request to fill? There are so many aspects to the personality and life of every one of us. How do you sum it up? I guess all I can do is start. I am a passionate Libra(n), a dedicated mother and wife, a seeker of truth, lover of nature, an artistic, philosophic woman always seeking to learn and grow in who I am.

This page has been built as a muse for the purging of excessive thought that fills my skull on a regular basis. Cranial purge is intended to be a safe place of honest posting, discussion, release and (hopefully) positive response. I am not seeking to start arguments, offend anyone or represent anyone but myself. I hope you will embrace the comment section with the same respect or choose to move to another blog.
Please see the very first entry to find out more. http://cranialpurge.blogspot.com/2009/07/should-i-or-shouldnt-i.html